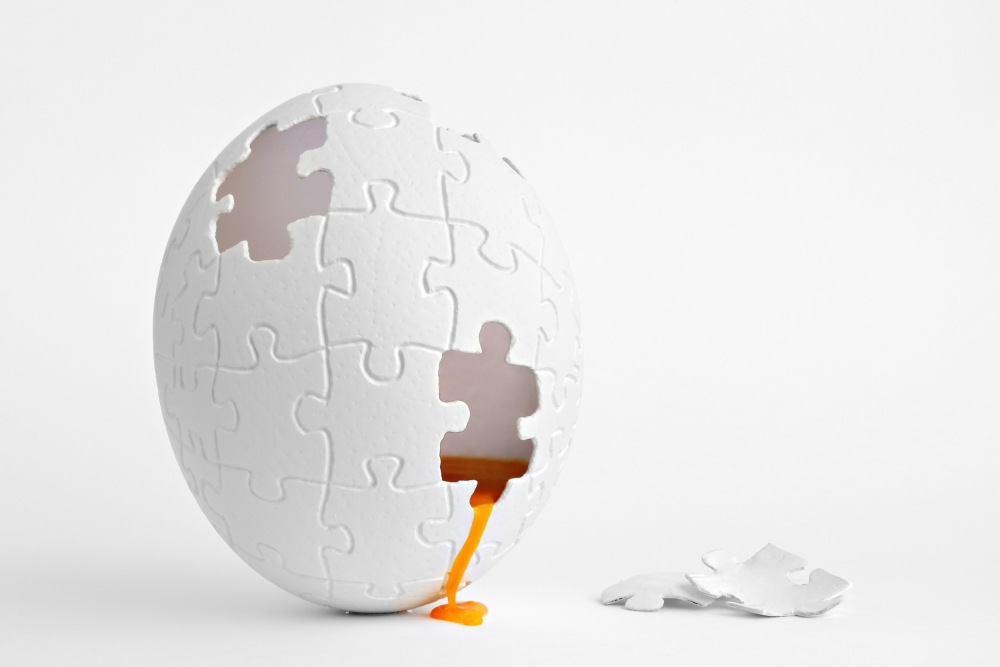 The idea for this picture emerged when I was looking for ways to complete a series of photos where an egg is the main protagonist. I ran into a few obstacles while I was preparing this scene, but solving problems is part of the fun of being a still life photographer.
Here you can see the three other photos from the series: 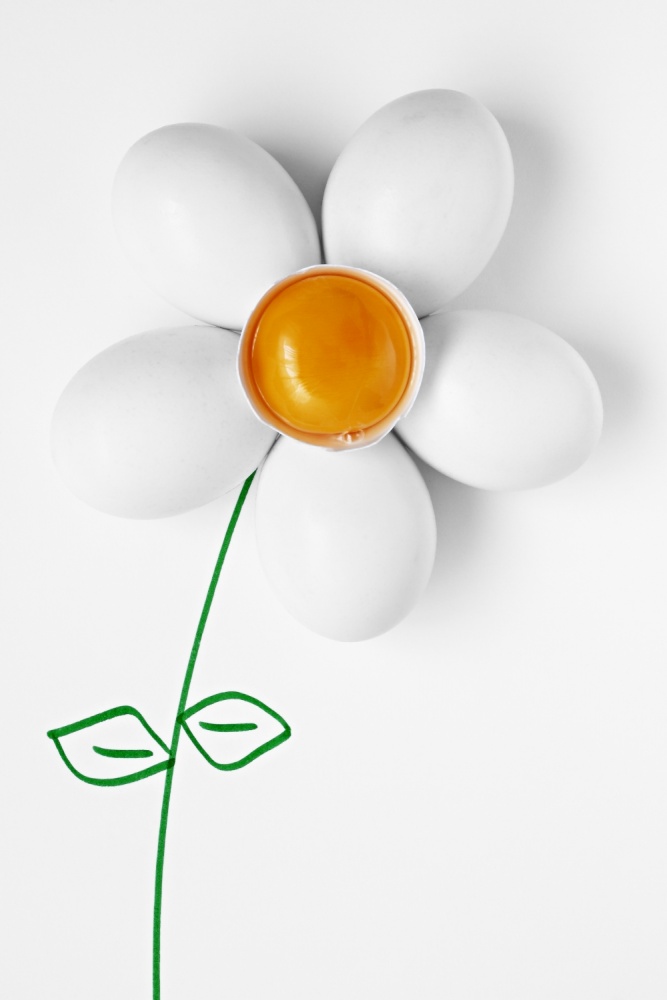 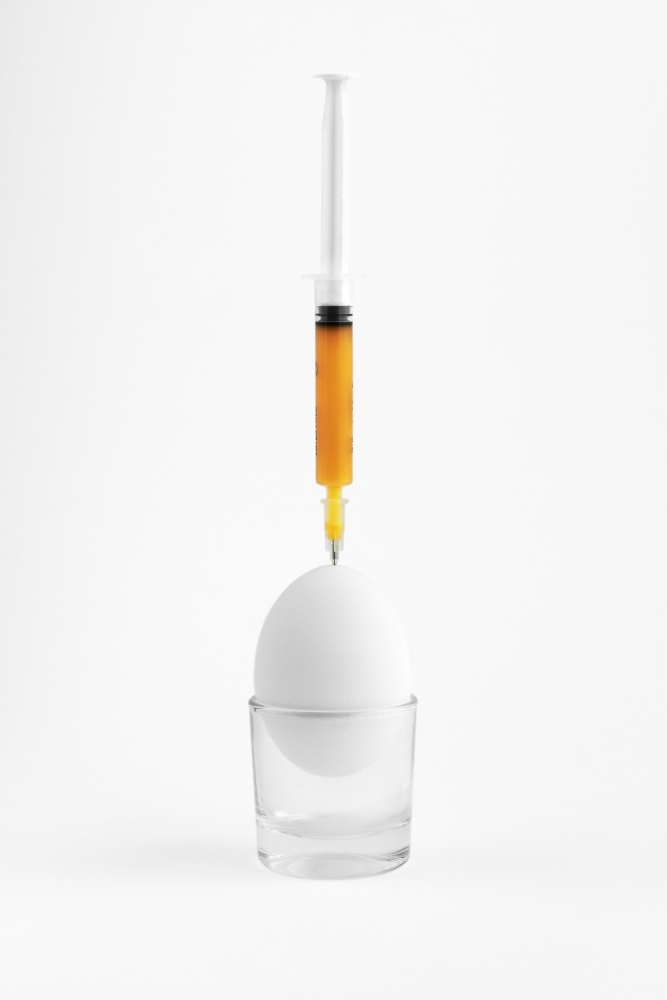 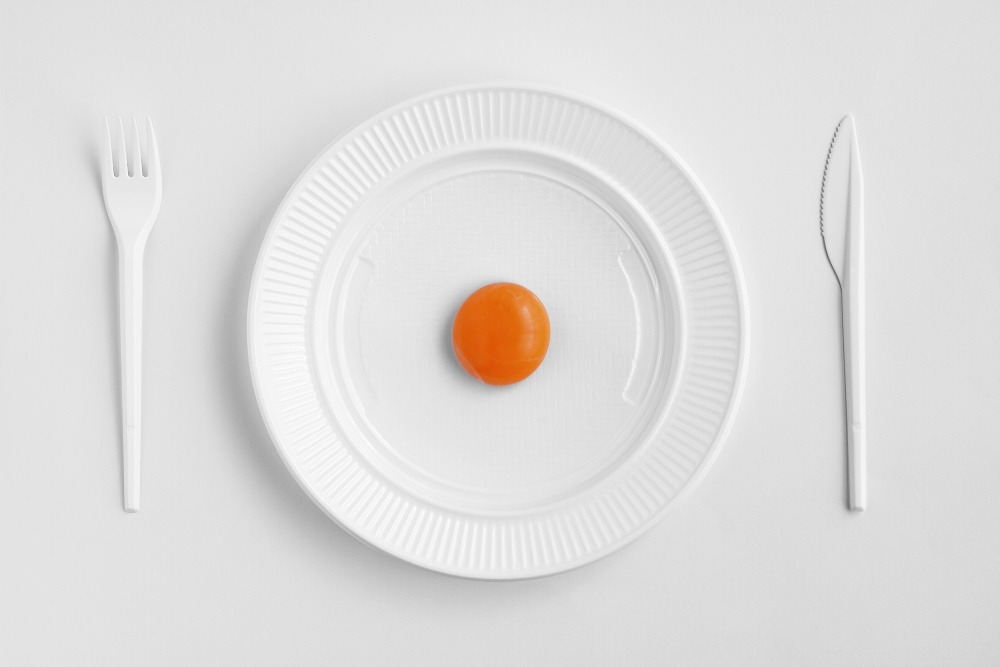 "For this specific image in the series I decided to use an ostrich egg since its shell is much harder than a chicken egg, which would allow me to carve it easier without breaking it."

For me, it was very important to follow the white theme of the other photos in the series and also to include the orange color of the yolk as a secondary detail. My kids often play with all kinds of puzzles, and that's how I made the connection between a puzzle and an egg. Once the idea was in my head, I needed to collect the raw materials. For this specific image in the series I decided to use an ostrich egg since its shell is much harder than a chicken egg, which would allow me to carve it easier without breaking it. I got the egg from a friend who had already emptied it by making a hole and draining it.


The first step was to draw and carve the pieces of the puzzle onto the egg. I drew one of my kids' puzzles on a piece of paper and used it as a template to paint the puzzle pieces onto the egg's surface. After it was painted, I started to carve the outline of the pieces to give them depth, and I also cut out a few pieces, creating holes in the eggshell. To do the cutting and carving I used a Dremel rotary tool (see photo below) and very fine bits (or burrs) so I could be more precise and keep the damage to the eggshell to a minimum.


Because the shell of an ostrich egg is so hard, the Dremel's bits became so hot that they eventually burned up and were ruined. I ended up having to use three bits to carve the outside of the shell so that the lines were deep enough, making the puzzle pieces appear as realistic as possible. Pictured below is the final result: the egg has been carved, a few puzzle pieces have been completely cut out of the shell and the egg has been spray-painted white since ostrich eggs are originally a creamy, off-white color.


"I did not have another ostrich egg available, so I had to devise a way to make more puzzle pieces."

Now the egg was finished, but I ran into another problem at this point. When I was creating the holes in the egg to completely remove a few puzzle pieces, the Dremel cut away too much eggshell around the edges. So these puzzle pieces that I wanted to place on the tabletop did not look real; they were noticeably smaller than the holes they should fit into. I did not have another ostrich egg available, so I had to devise a way to make more puzzle pieces.

Finally I came up with a solution. I inflated a balloon to a similar size of the ostrich egg, and then I glued layers of newspaper to the balloon, completely covering it. I popped the balloon and let the paper and glue dry, which created a mold of the balloon. I was then able to cut new, larger puzzle pieces out of the mold. It was kind of tricky to make the puzzle pieces so they resembled the holes left in the egg, but once I was finished, I spray-painted them white.

Now it was time to set up the shot. I borrowed my kids' small table where they play games and placed it next to a window with white curtains. This natural light was my main light source, coming from the right side of the set. I used a large piece of white cardboard on the table for the background, and I curved it to make it a seamless backdrop. To secure the egg in place, I used a few drops of strong Loctite glue, and then I played around with the positioning of the loose puzzle pieces until I found a composition that I liked.


"To resolve this and brighten up the egg's interior I put a small LED light that had a cool color temperature inside the egg."

Once everything was in place, I realized that the inside of the egg was not illuminated enough, which meant that the orange color of the yolk inside the egg would not be seen. To resolve this and brighten up the egg's interior I put a small LED light that had a cool color temperature inside the egg. I pushed it through the hole that was made when the egg was first emptied, and then I taped the wires to the outside of the egg where they remained hidden from view.

The LED light inside the egg


I was ready to take the picture. I mounted the camera to the tripod, framed up the shot and took a few test shots to check the light. Because the window was on the right side of the scene, I noticed that the falloff of light was too strong. So I used a 50 cm silver reflector on the left side to fill in the shadows. I also needed to fix the brightness of the LED; it was generating too much light in all directions. To correct this I stuck a small piece of tape onto the LED and shaped the tape so the light would only illuminate the egg yolk. Diagram of the set

"Once all of the camera parameters were set and the lighting was tweaked, I filled the ostrich egg with the egg yolks using a syringe, as you can see in the photo below."

Once all of the camera parameters were set and the lighting was tweaked, I filled the ostrich egg with the egg yolks using a syringe, as you can see in the photo below. When the yolk began to ooze out of the lowest hole in the puzzle, I took several shots, making sure that I captured many frames of the yolk in various stages as it dripped down the egg so I had a good selection to choose from.

Injecting the yolk into the egg with a syringe
POST PROCESSING
The image was processed in Canon's Digital Photo Professional processing software and Photoshop.

1) The post-processing was very basic. In Digital Photo Professional I adjusted Contrast, Highlights and Sharpness and then exported the image to Photoshop.

2) The first step in Photoshop was to completely desaturate the whites so they had no color cast and were pure white. To do this I applied a layer mask to ensure that the desaturation would only affect the whites and not the colored areas.

3) Then I applied a Curves adjustment layer and made a slight S-shaped curve to increase the contrast.

4) I added a Levels adjustment layer to adjust the histogram limits, and again I created a layer mask to maintain the brightest areas, making sure that they did not lose detail.

5) Using the Clone Stamp tool, I had to remove some irregularities inside the egg that were created when I filled the egg with plaster.

6) In the end I sharpened the image using the Unsharp Mask filter. I set Amount to 100%, Radius to 0.5 pixels and Threshold to 1.0. By using these particular settings only the edges and lines were sharpened.
TIPS
1) For these types of pictures it's important to be very careful with cleaning or stirring up dust on the set. Any fluff or stain will show up on anything white, and you will have to work hard to remove it in Photoshop.

2) Control the highlights and shadows to separate the white subject from the white background. Since they both are white, they have a tendency to blend into each other, and you must concentrate on getting the lighting right so your subject is clearly defined and stands out.

3) Be consistent and patient in the preparation stage because it is very laborious and can become tiresome. I normally divide up the tasks and spread them out over several days, and that way I don't feel rushed to finish.
BIOGRAPHY
I live in Galicia, Spain, and work in a shipyard as a shipbuilder. Photography is a hobby that I love, and I try to reconcile it with my family, my work and sports. I have never worked as a professional photographer, but I have won several prizes in different photography competitions, which have allowed me to at least recoup my investment in my photographic equipment. I like all kinds of photography, but I devote most of my time to macro, still life and high-speed photography.