We are pleased to announce that Michael Ken has been chosen has Member in the Spotlight; Michael is Chinese born, and currently living in Indonesia. Eliza Deacon, co-administrator for the documentary group at lx, has conducted this interview. You can ask Michael questions in the doumentary group. 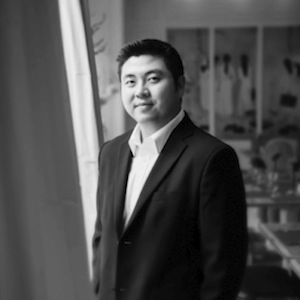 1. Briefly tell us about yourself, where you live, and your photography background?

I am Michael K. Tirtadarma and I’m a Chinese ethnic born Indonesian living in Jakarta, Indonesia. Although I always had a passion in enjoying art and beautiful images, I only began my photographic journey in March 2011. I almost immediately fell in love with this art. I am a self-taught amateur photographer. I began with interest in many Genres, notably Street, Social Documentary, Landscape and Fine Arts. I guess you can see this clearly from my previous published works in 1x.com. As my journey progresses, I found myself becoming more passionate in Social documentary Genre. I am now a founder and administrator of HIPI (Humanity Photography Indonesia), a social documentary Facebook group with over 3500+ members.

2. What does Documentary Photography mean to you? What are you trying to tell the viewer with your images?

Documentary photography to me is voices. There are so many voices around the world that are often neglected, unheard off or could not “speak” on their own. So I often see myself as a media to make these voices heard through honest real-life images.

3. What topics most interest you?

Mostly social documentary. I like to document life as it is, people in their unguarded moments. I love documenting their daily activities, food they eat, living conditions, Portraits and expressions. I feel a photograph that carries these elements tells better to their story.

4. What comes first, the image or the story?

A little bit of both. I always carry my camera around with me as I feel you can never know when a particular moment jumped up at you. However, for most of my documentary work series, I always make some preparation or at least a topic in mind before I go out into the streets. However, to me, in trying to achieve truth and reality, I have never prepared people beforehand to act as a model to achieve what I have envisioned. So, if I have to go around 1 single area dozens of times to get what I have envisioned, I will. To me that unguarded / candid moments are those that speak the loudest.

5. What, generally, is your relationship to your subject matter beyond being an observer?

In the development of my Documentary series, most of the time I travel more than half a dozen times to the particular village or area and more than often I spend more than 6 hours a time roaming around. During that time, I developed relationships with some of the villagers (mostly during) coffee break at the village favorite “Warung Kopi” (Coffee shop). Developing relationship with the villagers is extremely important to me as it gives me the chance to hear their stories, often unheard off by many “outsiders”.

It has also become a practice for me to always return and give them a signed copy of printed photograph that I took. You would not believe how such a simple gesture can bring so much happiness to a person.

6. Tell us about any difficulties that you face, as a photographer capturing these styles of images, in your country.

My works focuses on documenting social life of the people living in a rather harsh living conditions and environments. Most of them are poverty ridden and many resorted to crime as a way of living. Perhaps the biggest challenge for me is personal security, especially since I am of a different racial ethnicity. If you have heard the 1998 Indonesian social unrest history, perhaps you have a clearer understanding.

7. What ethical and/or moral guidelines do you follow when taking images?

Knowing ones’ culture and way of living is perhaps the most important part of my preparation before going out to the particular street/village/area. Being so, I am able to be less intrusive and show respect to the people.

I believe that whatever images shot on the street or in public area, they are freely usable without model releases.

In fact, body language, actions and personal courtesy are extremely important and must be in-checked at all times. These practices in turn build relationship with the people and thus can open many unexpected doors. In many occasions, I was invited to have a sit in their home simply to talk over coffee and was allowed to take pictures of the whole family.

8. The idea that Documentary images can/should ask questions of the viewer, rather than just present information, do you agree with this?

YES and NO. The Documentary photo itself to me should suffice in telling the voices of the people and area that you have documented. Viewers should be able to grasp, understand and feel just simply by looking at the images. Thus said, A good documentary photograph and series may / can induce questions and discussions that in turn can generate movement to improve, protect and share so that the “voices” are heard even further.

9. Who – in the Documentary photography genre – is your favorite photographer and why? Please share a link to his/her work if you can.

My Favorite photographer as well my source of inspiration has to be Mr. Steve McCurry. Being a magnum photographer with so many iconic images under his portfolio made him undoubtedly one of the world’s most recognized social documentary photographers in the world. His every image speaks a universal truth that is easy to understand and to appreciate. Apart from that, his eye for composition, detail and sensitivity to light has made all of his images alive in the most original and truest way. I am sure his image has touched many hearts around the world. 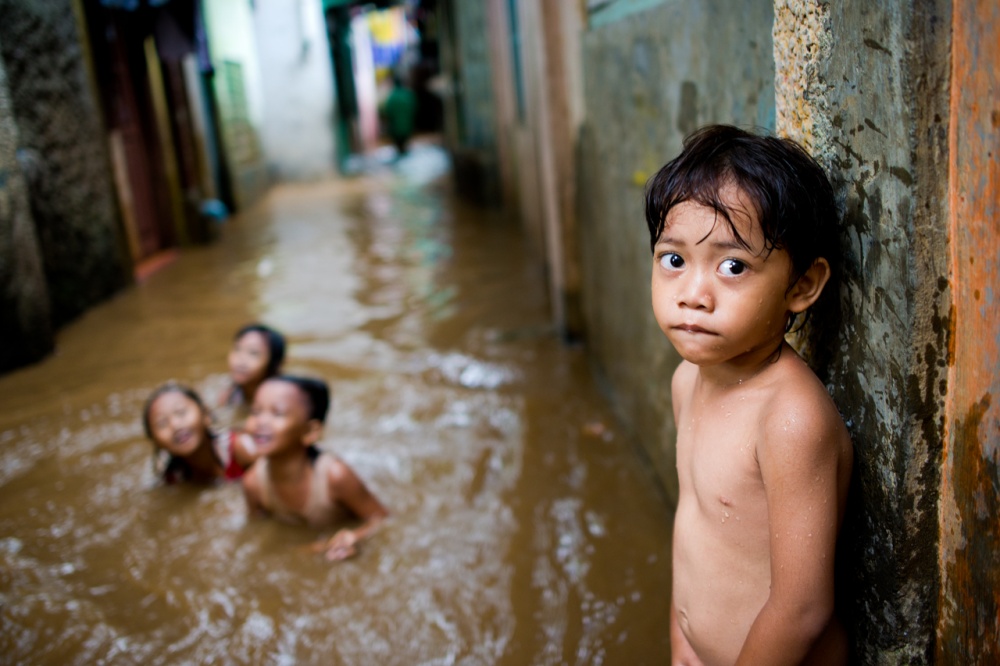 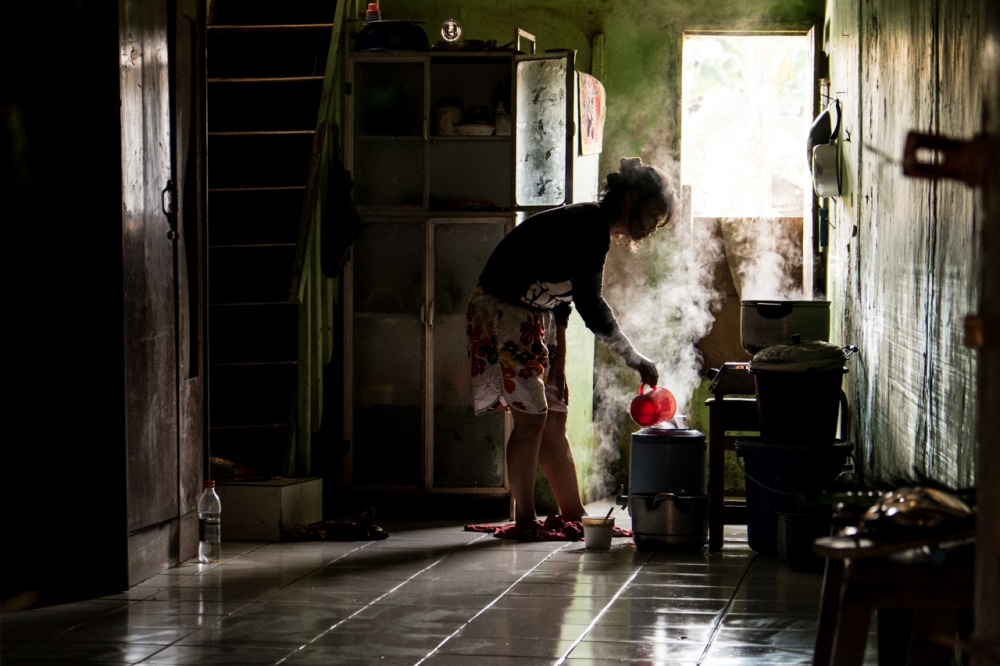 These 5 images are part of a much larger series currently I am working on called “A Place I Call Home: Kampung Pulo Jakarta”

Jakarta is the capital and the largest city in Indonesia, as the distribution of income and development of each different part of Indonesia varies widely, many people seek their fortune in the larger cities. Jakarta own resident is perhaps not more that 2 million people, but migration bring the population to more than 20 million people in Jakarta and its suburb. The expensive land denied proper houses to millions of immigrants who end up setting up dwellings in empty state-land scattered around Jakarta and call them their own village (kampung).

Kampung pulo is perhaps the vilest "slums" in Jakarta, not only because of the crime rate, but they are very prone to natural disasters, especially floods. Located right in the river bank of the largest river that cut through Jakarta (Ciliwung River), every heavy rain in neighboring cities, notably Bogor which is located in the higher plains, brings this village over-flooded with water as high as the rooftops. Unfortunately, these people have nowhere to go and can only accept fate and wish for the best.

The series is about their daily activities, their lives, their environment and their plight for survival. Documenting this is perhaps the biggest and my most ambitious project to date. I intend to compile them into a book by the end of the year and will be sold independently through social media. All the income for the sales of the photo book will be donated back to this community through the Social documentary group I founded.