Mattias Klum is without doubt one of the world's most famous photographers. Ever since he started photographing for National Geographic at the young age of 23, he has made a career that few can match. Today, he is an appreciated lecturer in enviromental issues. His book "The human quest" was praised by former US. President Bill Clinton, who also wrote the foreword. In an exclusive interview with 1x, Klum tells us how it all began, his thoughts of photo processing and if photography actually can make a difference. 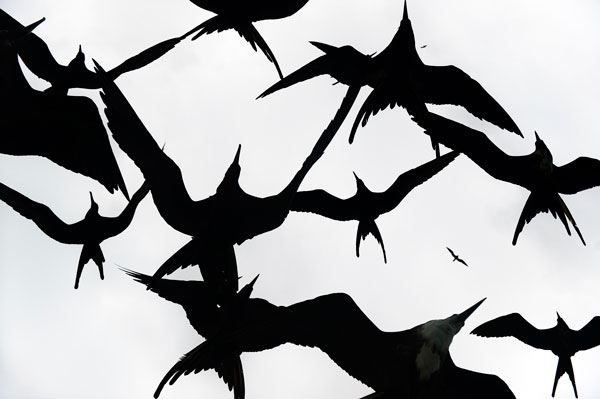 How did you start as a nature photographer?
It started with passion. A passion to tell something. I think it’s the same for most photographers and artists. I have always felt a great sense of calm by being out in nature. Later on, that led to me start photographing people, cultures, scientific research and so on.

I started working for National Geographic very early, when I was 23 years old. They don’t care if you call yourself a nature photographer. They are only interested in your photographic language. Depending on what kind of idea for the photo series they have in mind, they select photographers whose aesthetics match the idea that they have.

They are not as genre oriented as you might think, at least not when it comes to the actual photographic content.

If you get a cover story in the National Geographic Magazine, then you can count on getting calls from New York Times and other magazines. But if you don’t manage to keep the same level of quality, it probably won’t last long. It’s like getting a lead role on the Metropolitan. It’s great fun, but if you don’t get called back it may not be worth much.

How has nature photography developed during your time?
It has become much more technical. Many are using HDR techniques when taking landscape shots, which obviously didn’t exist before. There are many more tools at your disposal, both for shooting and processing.

There are however limits for how much technology is allowed to influence the photographic work, especially when working for National Geographic, who are known for their strict policy when it comes to post processing. 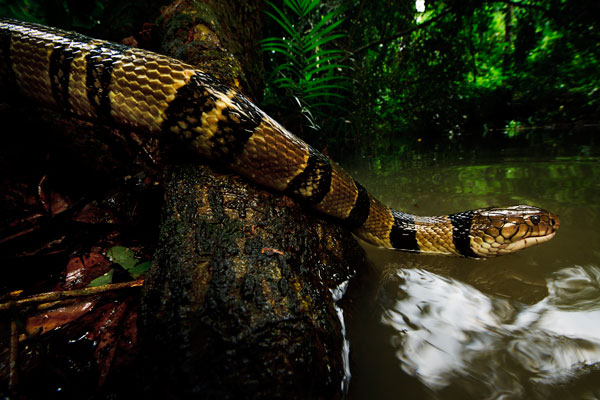 What is your opinion on the processing restrictions of National Geographic?
I’m sure many think that National Geographic are out of synch with their time. The restrictions are very hard, but it’s not the editors alone who decide what is acceptable. The editors together with the photographers decide what is ethically, morally and professionally suitable. It’s something we decide together.

The reason is of course that National Geographic has a legacy since 1888, which has been that the reader should be offered a journey. It may be a journey to space or inside yourself as a human being, but the premise is to always be able to say:

"This is a photo that was taken by this photographer at this place at this moment. This is a part of our reality right now.”

It’s a corner stone in National Geographic’s concept of being trust worthy.

How is it to work so closely together with your wife?
We have been working together for so long, but it still feels like we have just begun. Some people say that they could never work together with their spouse, but for us it has been great. We have been able to share both good times and bad times. We have shared so many experiences in the field.

To be really good at something, it takes a terrible amount of time. If you can’t share some of that time with the people you love, there won’t be much time left.

Could you please describe the process of a photo shoot?
It all begins with me getting a contract or agreement to go somewhere and visualize a location or situation. This whole process is rather interesting. I have never been especially interested in being ”controlled” in my work. Sometimes the magazine has an art director who comes with very extensive input and instructions on what the photos should look like. I have the utmost respect for other people’s knowledge, but I like to contribute my very own “point of view” on a subject.

That’s what's so great with National Geographic. What they are buying is actually your point of view. Of course they can also come with suggestions of things to include while at a certain location. It could be certain cultures, animals or environments. Many times I get great ideas from these suggestions. Before each shoot I always talk with researchers and local experts who provide me with their special knowledge. This is very important, so you don’t miss an opportunity just because you didn’t do your homework. It’s generally very important to be well informed. 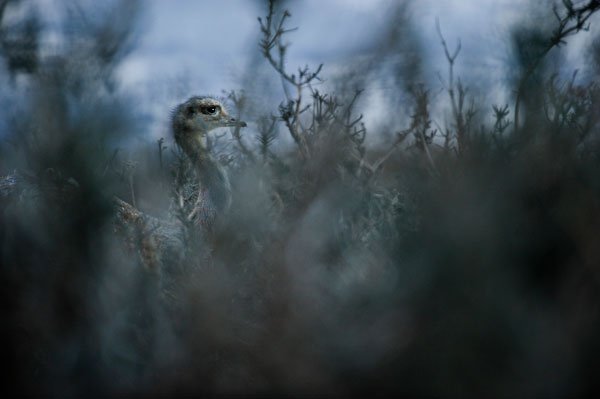 Do you search for conditions suitable for your photos or do you create your own conditions?
Both. It all depends on the situation. If I’m on a contract for National Geographic to document an unusual animal that lives in the tree tops of the Amazonas, then I’m forced to create certain conditions to get the shot. I have to set up my own light and make sure that I can visualize this animal in a good way.  But on National Geographic we never go so far that we move animals around just to get them in good poses for the shot. The only exception is if the shoot is about documenting scientific work that involves various interactions with animals.

What kind of cameras do you prefer?
As still cameras I use Nikon. I have an agreement with them since 1999. When filming, I often use RED cameras with 4 or 5K resolution. It’s like playing golf,when choosing between golf clubs, you use different equipment for different situations. Today I have access to a wide range of different technical solutions, but I can still enjoy the challenge of not having the most effective equipment at hand. It’s very satisfying to be able to create something highly adequate, with only the most basic hardware.

But equipment is just equipment. Nothing more. It can never replace creativity or playfulness. It’s important not to be afraid of imperfection. A fine art photo may have lousy sharpness, off colours and be technically underwhelming, as long as it has something else.

You are perhaps best known for your work as a nature photographer. Are you interested in fine art photography as well?
Absolutely! Sometimes you are working from a more artistic point of view, where the describing part of the photo is unimportant. It’s not important who the people on the photo are, the species of the animals or where the photo was taken. What’s important is the conceptualization of a basic idea. That’s also great fun and I have actually done quite a bit of such photos on a contract.

What other genres of photography inspire you?
I’m not inspired by a genre per say. It’s like saying ”-I love rock music”. I don’t love all rock; I love my specific taste of rock. In the same way, I don’t say that I love street photography, but I love what David Harvey does.

What I really appreciate is a personal language and sensitivity. I love when you can find marks and details that connect the works of a specific photographer. I like to see a clear identity and to be able to follow an artist through time. It really adds something extra to a photo when you know the story and the person behind it.

Do you have a favourite photo of your own?
It’s very dependent on my current mood. It’s difficult to pick out favourite photos of your own since some photos are associated with so much work and endeavour to get the shot. Then the photo can become a favourite, not just because of its photographic qualities, but because of the hell you went through to get it. Other photos can remind you of people you have worked with or special periods of time in your life.

As my meeting with Mattias Klum is coming to an end, I have to ask him about his passion regarding environmental issues. Mattias has an amazing talent when it comes to describing the world in which we live in. But I know that for someone as passionate to preserve the world, there is only one question that matters.

Do you think photography can make a difference?
It already does. Throughout history there are many photos that have greatly influenced us humans. Everything from war photos, to documentations of environmental or humanitarian situations.

It’s even evident for me on a personal level. I can give a lecture for politicians in Washington and show them this photo of a coral reef. Here are 1550 known species of fish and 700 reef-building corals. A wonderful eco system, full of life, which is not only supporting its own existence but is helping us with ours as well. 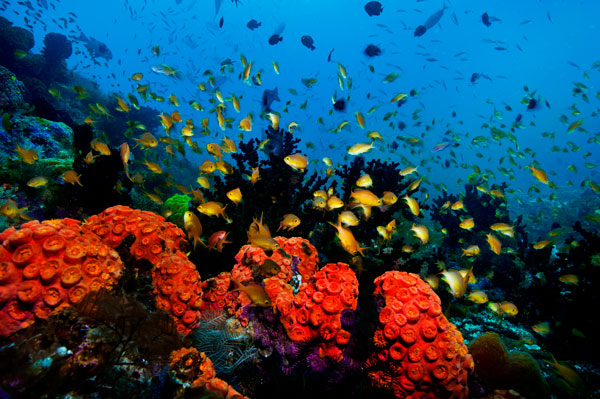 Then I tell them what we are doing to the nature in return and show them the same coral reef some years later. 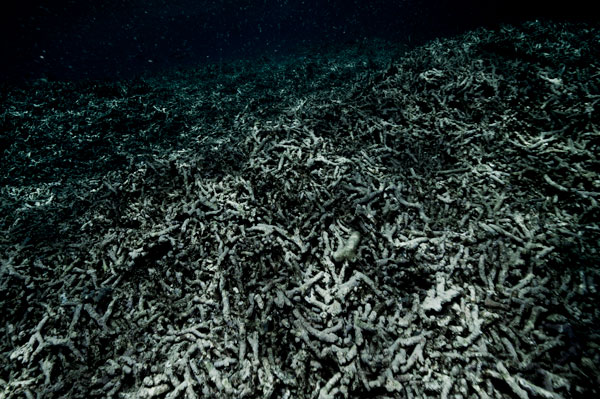 This obvious insight, that something that we want for our children to experience, no longer can be guaranteed to exist when they are grown. This insight is so strong, no matter if you are a president, prime minister or just a regular guy. Because it’s such a universal human question. It’s a question about our destiny. And then photography makes one hell of a difference! 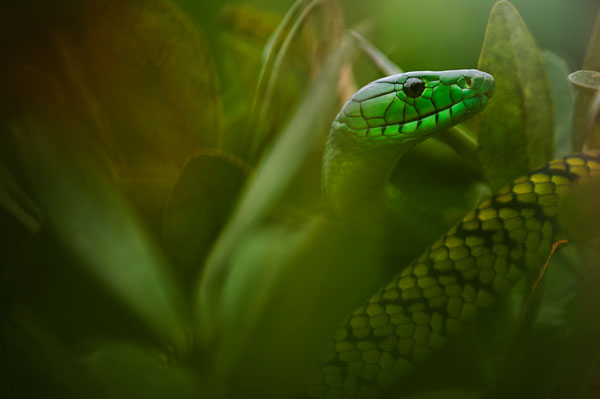 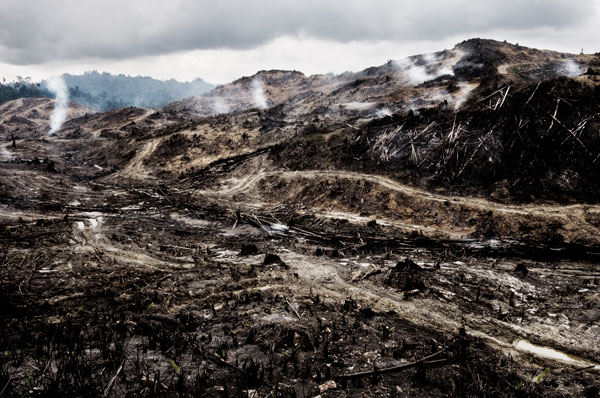 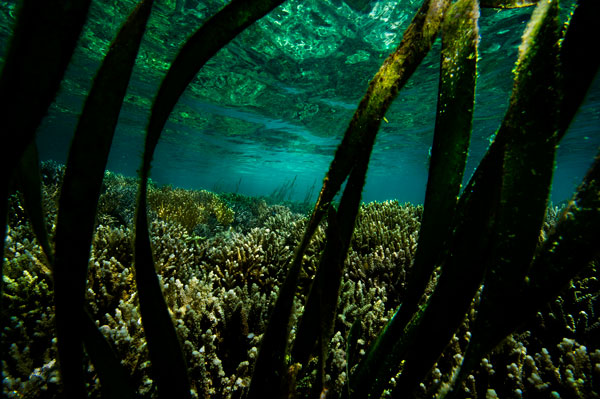 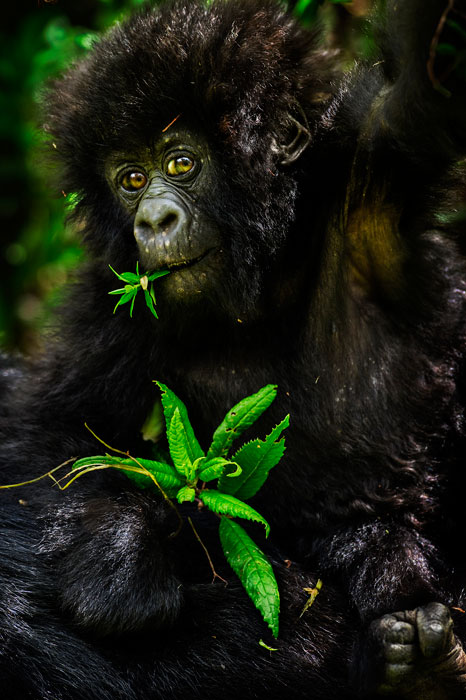 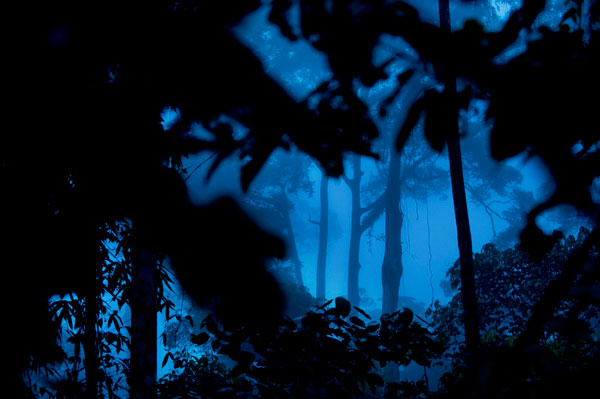