Lola Garrido is a renowned collector, art critic, advisor, exhibition curator was so kind to accept to be interviewed.  Let's learn more about this charming lady.

Born in San Sebastian  (Basque Country, Spain), pioneer of collecting works of world famous photographers in Spain. Lola was always in love with art and exudes passion in everything she does.  Her collection counts close to 1000 pieces.  She's innovative, hyperactive and an authority in the photographic world with a very personal look. 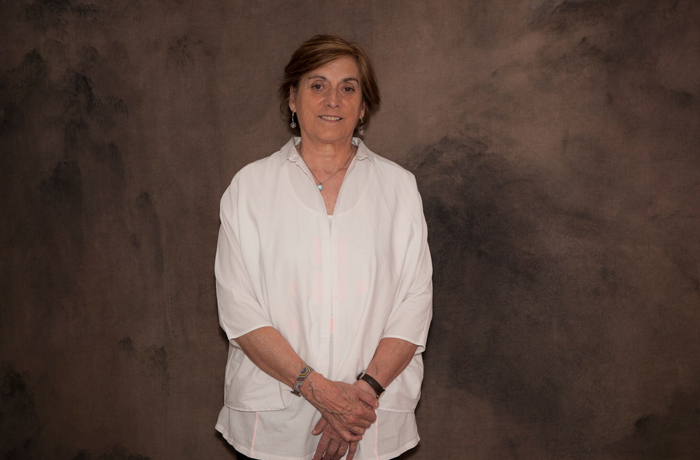 First of all, thank you very much for taking the time for this interview, Lola.
How and when started your dedication to collect?
It started as things start in my life: suddenly. Collecting is an obsessive-compulsive disorder and I think we all suffer from one.  In my case,  I had spent years dedicating  myself to art and making photographic exhibitions in Madrid. I can almost say  that I started the great exhibitions that took place in the Canal de Isabel II. I was an adviser “for everything” of the newly released Madrid autonomy. There were years of meeting many of the great photographers. From Newton to Klein, to Cartier-Bresson, Alex Webb, Inge Morath etc.

Why did you choose precisely a collection of photography?
My life was a pure image. The cinema was and continues to be my passion and I read literature with pleasure, so photography combined the two themes because it was an image that philosophized and told what you wanted or you had in your head. Because a picture is worth more than a thousand words if you have them intellectually and emotionally in your head.

When and where did you buy your first photo?
That was in Paris.   I went to a meeting with a Magnum photographer Harry Gruyaert who wanted to exhibit in Madrid and I was lucky to have had the opportunity to go to the  gallery, like I always did.  I was mesmerized by an image of André Kertész  entitled “Jeno, Dunaharaszti Hungary” from 1929 and I bought it. It was an image from a swimmer with a lot of grain and very modern cut taken in 1919 image. I already liked the author, so that was the first photograph of my collection. The same cannot be said of all the “crushes”. 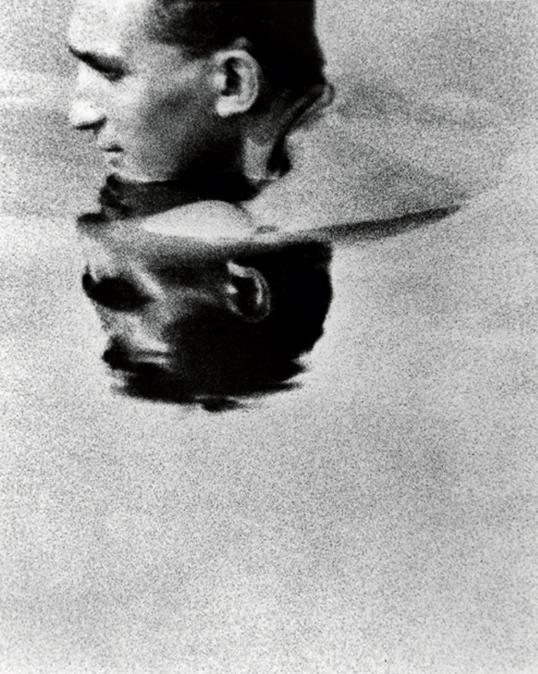 Do you have an abundant collection?
My collection has about 900 works considering that it has three parts:

* A brief history of photography
* Women are beautiful by Garry Winogrand
* and one of 80 pieces on fashion photography.

Fashion and cinema have always gone hand in hand, and in Hollywood” golden age photographers portrayed the stars on stage. Lauren Bacall, Marlene Dietrich and Greta Garbo were the most famous women models. The works of the photographers bear witness to the feminine image, the desire and the industry of those years.

Fashion also is the thermometer of the times. 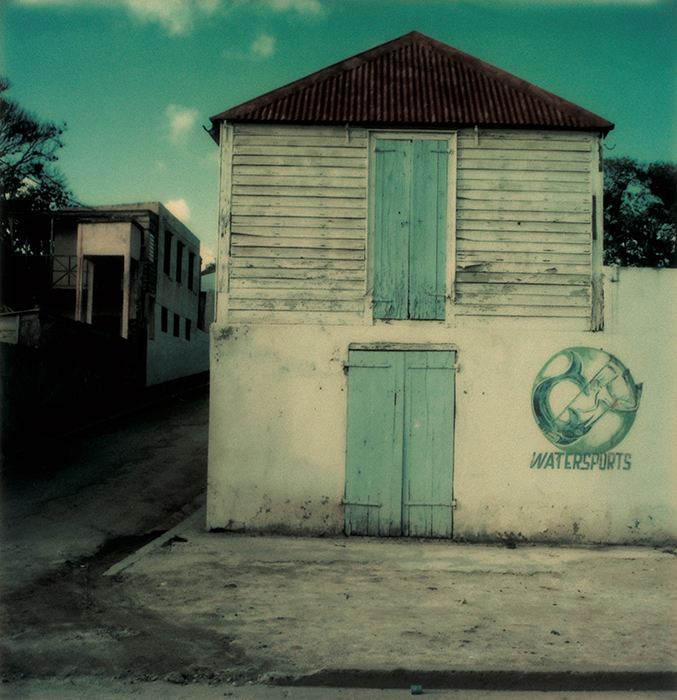 You have works of the classics. What are your preferences?
My preferences lean more and more towards the difficult works (I am not a mother, but I know what happens) and it happens that those that are good seem easy but when you give them an inside look they are also transverse. A collection is based on a budget. And I have never worked with a consultant because I have been an art professional all my life.

Among my favourites are eight masterpieces by Dorothea Lange, in which I could not miss “Migrant Mother”. The emigrant mother had a name: Florence Owens Thompson, her name was never known until 1976, and yet perhaps for this reason, Dorothea Lange`s photo becomes a post-conceptual image when we see in her face the synthesis of an impoverished America, fighter, worthy.

As a documentary, the photos of Lange were perfect: aesthetically effective, and “without sugar”: photographs that captured a dignified humanity, despite the misfortune, without falling into easy sentimentality. Dorothea Lange became the most paradigmatic photographer of the FSA and who more than fulfilled the mission entrusted by the agency: to document the poverty of the people and she expresses as “her pride, her strength and her spirit”

“Women are beautiful” by Gary Winogrand.
How did you get it? Where did you buy it? Tell us a little more about this collection.
I bought it in San Francisco at an auction in 1995, and I came to it through a family member of Garry Winogrand himself. This collection belongs to what I would call my deep feeling (the liberation of women). In the 60’s Winogrand toured the streets of Los Angeles, New York and San Francisco portraying women in the streets. These were moments of liberation, women went out alone, women manifested themselves, they took off their clothes and Winogrand  made the portraits in which the editorial is written and could carry the title of “When attitudes become forms” Winogrand tried to contain that the frenetic vision of the photographer is unique, among other things because, as noted by the curator Leo Rubinfien, “often worked hastily, preferring to spend another day shooting, rather than processing his film or editing   his images.” 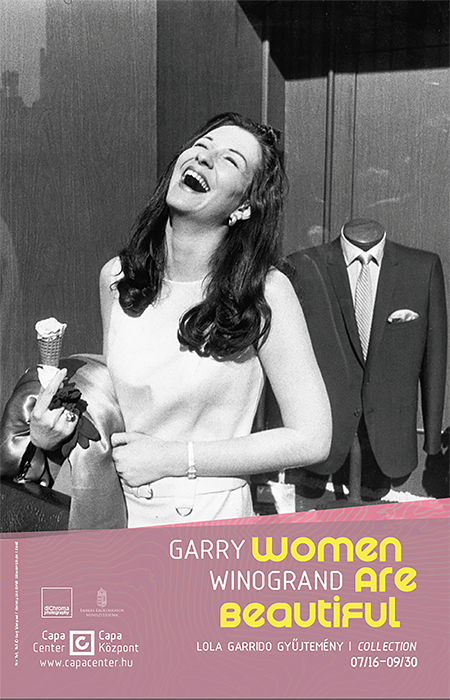 As a collector, do you buy what you like or does the investment criteria prevails?
I never bought anything as an investment. The only thing was some stock exchange actions that are generally good investments for the banks. 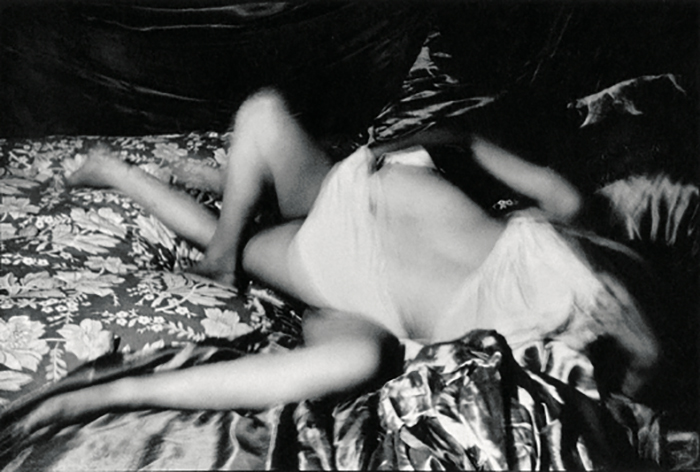 Would you like to have a photograph of Brassai?
Yes, in fact I have one, but I never had the opportunity to buy the one I wanted.

Is collecting addictive or obsessive, Lola?
It is both!  I you ever start, you become an addict because the images are screaming and  sometimes you cannot acquire them, so than it becomes an obsession. I have to say that I am currently in the healing phase. I have already enjoyed them through exhibitions around the world. I have seen them in different settings, different places. This is the only way to wee what is good and what is left in my collection. 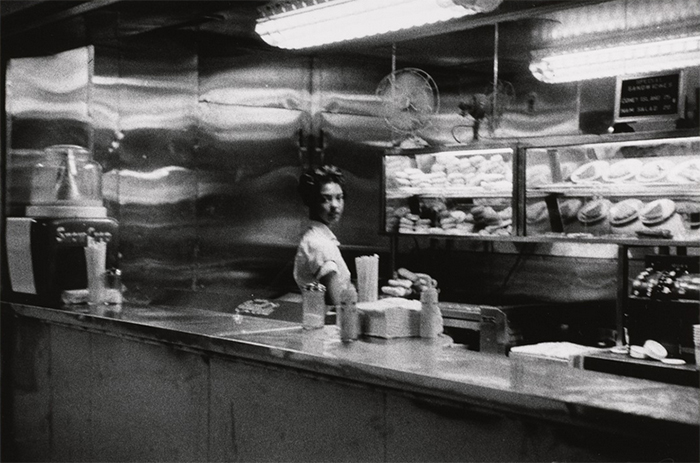 Where do I start if I want to become a collector of photographs?
At the beginning, ja ja ja. You buy one, then another one and starting from three it is already a collection. 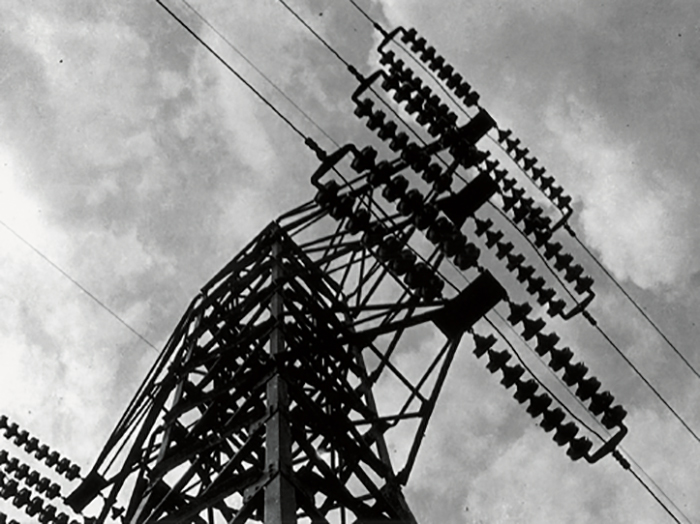 What would you recommend to someone who wants to start collection?
Just read a lot and go to see all you can.  Knowing more about photography and Art, buy what really provokes an intellectual or emotional reaction. 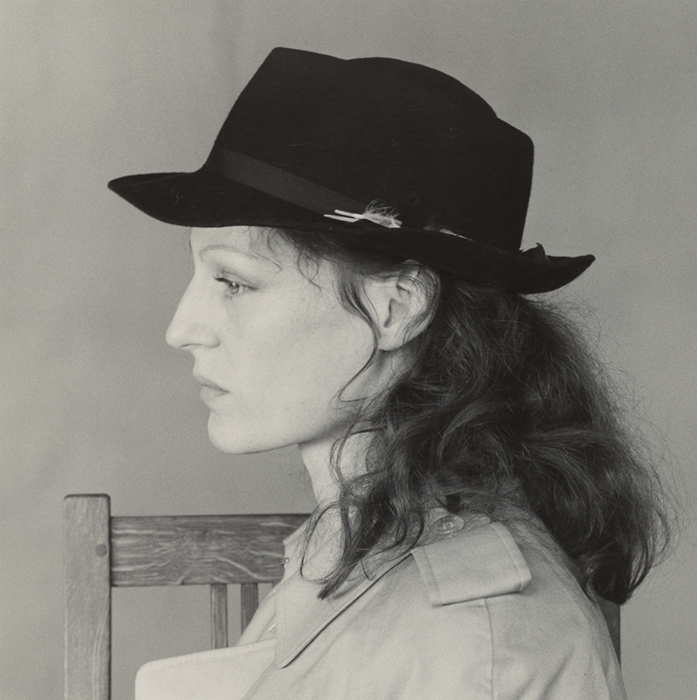 Do you recommend a book especially to start collecting?
Many, there is much now, I would recommend the catalogue of the exhibition “Waking dream “ from the Gilmar Paper Company - collection made by the Metropolitan of New York.

What about collecting photographs in Spain? Is it treated the same way as in the rest of Europe? Is there a greater culture and bigger interest?
Little, scarce and less important than in France, England or Italy, to name three countries. 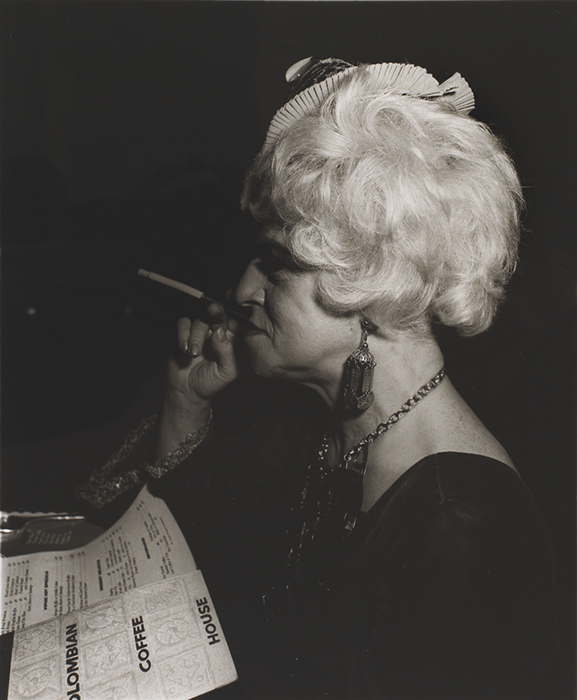 Does it harm a private collector that public institutions acquire collections at the prices they purchased it?
No, rather the opposite. In a world in which photographers and collectors have works that may interest museums, it is normal to acquire them. The galleries also sell so the market has to be open to different ways of seeing and selecting.

Do you have the famous image from the Spanish civil war by Capa? What do you think about the latest research on its veracity?
I have “the death of a militiaman”, it was offered to me by Cornell Capa, brother of Robert, and I thought I should pay him this homage. From my point of view, it does not have the slightest interest that it was a composition made for the photo. Thanks to Capa’s intelligence and that photo, the Spanish civil war was placed in the eye of the world. I think they have shown that it is not real, but there is no greater reality about the war in Spain. The photographs have lost their original meanings. Now they have new space for the meanings we give them.

You define yourself as an ex-curator of exhibitions, critic without remission, collector by vocation, neurotic by genetics, autarchic of birth and neurotic by entertainment. Ex Commissioner? Do you no longer curate?
More than curator, which is a word that on the one hand provokes rejection and on the other it is very big for me; what I have done is to organize exhibitions, choose and express what is in some way exposing a knowledge of my own that fits with a certain “taste” amateur or professional of a genre, which in most cases has been the photographic. 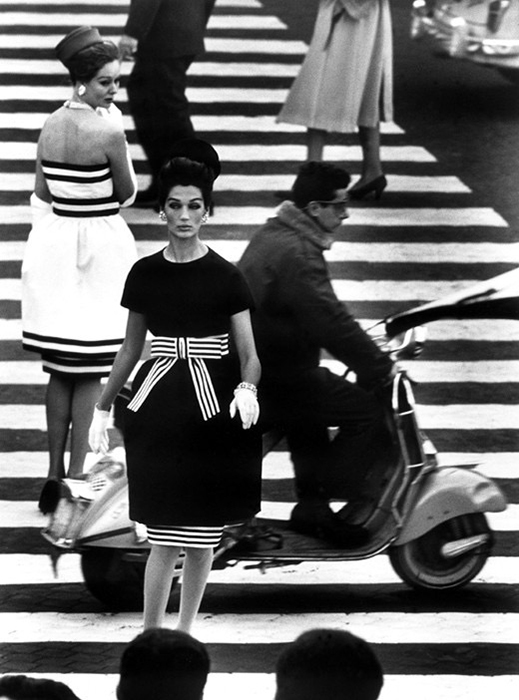 Photographer Minor Martin White, founder of Aperture magazine, once lamented that he was the first- class “practitioner” of second-class art. Do you feel like a first-class collector of second-class art?
Classes are for means of transportation and for certain people who believe they travel through life in a higher class. Photography is from its beginnings in the same place as all plastic art. Discussions about “high and low culture” define only those who provoke them. 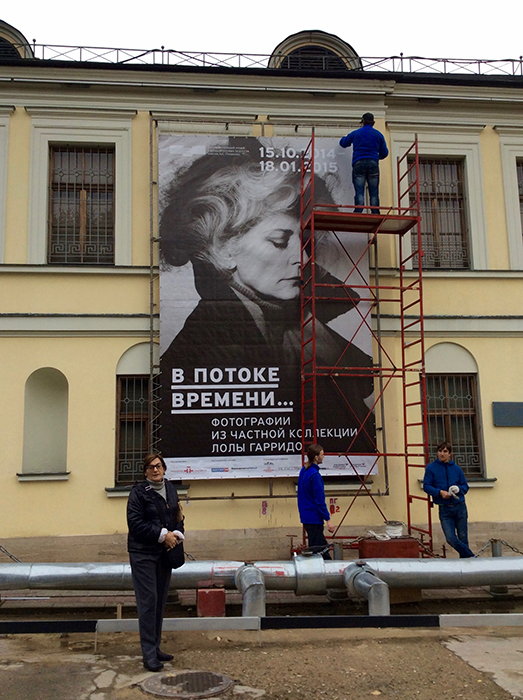 The recent exhibition in San Sebastian broke records, I thing about 10.000 spectators. Why had it such a success according to you?
In the end, 17,000 spectators went through the exhibition, which for a city of 140,000 people means that more than 10% saw it. These are things that thrill because it was not really intended to be exposed but  to give free rein to an almost physical personal need.

Where will the next exhibition of your work be?
Probably in Aachen “Women are beautiful” will be exhibited, a place where I also exhibited my collection under the title of “In the Stream of time”

By the way, are you a photographer yourself?
No no. I am addicted to the i-Phonomanía, I carry the phone and I do some mediocre photos that I sometimes like and upload on Instagram, a place that allows your narcissism as if they were something interesting.

You are also a writer. You have written some books. Tell us about the experience of writing and publishing.
Writing, I do not write, only some short texts, presentations, and yes I have edited books because I like to rummage and in the end they even gave me an editing prize. Writing is a very big word.

Lola Garrido Armendáriz, thank you very much for your time. It has been a pleasure for me to carry out this interview. I hope to see you soon again.