Marcus Björkman is a versatile photographer with many interesting ideas behind his work. One of his most intriguing photos is "Level 1" and this is how he did it. You will find more in depth tutorials at 1xLearning. 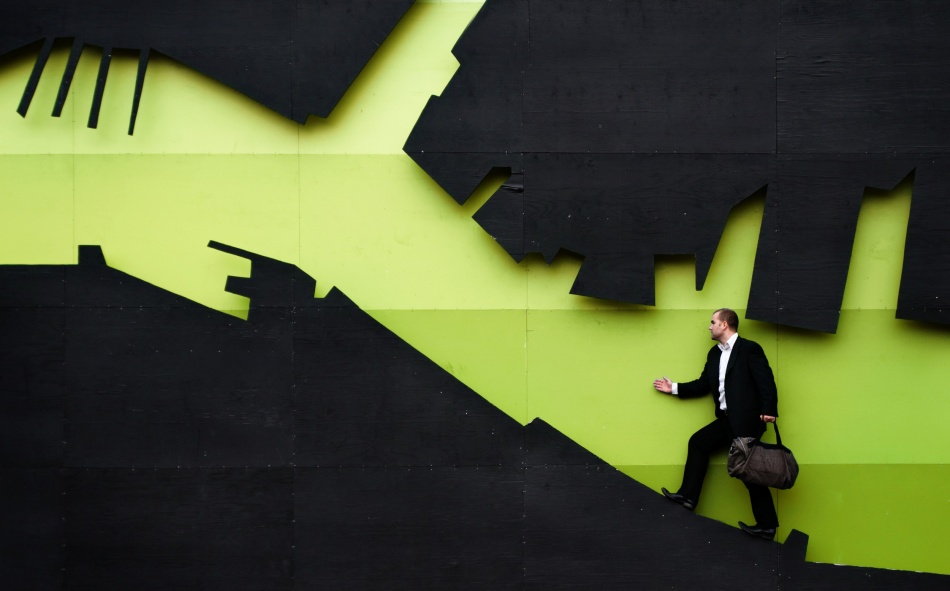 CONTEXT
It's an area where I used to pass everyday. I always wanted to do something with that backdrop. One day, passing there with a friend, I got the idea to take some photo shoots with him in that place. So my friend just stepped in, started acting and posing. We had a lot of fun but at the end some good images were the result.

I wanted the viewers to think of old-school video games. I felt it looked cool with that background. I thought it might have some immediate impact from the way it looks and the second thing would be recognizing the video game resemblance. I feel it's one of my best works, representing my color photography (I usually tend to B/W) It was quite popular and got a lot of positive response.

PROCESSING
All image processing was done on a laptop, using Photoshop CS 4 Out of the camera, the image was not fully straight ('it was shot a little bit from the side). I fixed it using Distort and Warp tools in Photoshop. I also felt it was a little too wide, so I contracted the left half of the photo somewhat, concentrating the nice shapes in a smaller area. Additionally, I have cleaned it from some stickers, tags and dirt. I did also change the color of the wall (the green is blue in real life, but in this setting I didn't like it). Furthermore I have tweaked contrast, levels and saturation. I also cropped it to further strengthen the composition.

HINTS
- Look for an easy to understand idea.
- Make it simple (e.g.number of colors and details).
- Look for a convincing composition.

BIOGRAPHY
Marcus Björkman is a system developer from Sweden. Photography is a major hobby of his and he is much appreciated for his varied work that spans over different genres.