I love penguins, they are such a fascinating creatures.

Did you know that when a male penguin falls in love with a female penguin, he searches the entire beach to find the perfect pebble to present her... When he finally finds it, he waddles over to her and places the pebble right in front of her, just like a proposal.

Did you know that penguins mate for life.  They are one of the only animals that do that like humans.
Their body language is often similar to ours too. That's why I could not resist to mention the titles next to the name of the authors. Penguins are torpedo-shaped, flightless birds that live in the southern regions of the Earth. Though many people imagine a small, black-and-white animal when they think of penguins, these birds actually come in a variety of sizes, and some are very colorful.

Penguins live up to 80 percent of their lives in the ocean,

Penguins are carnivores; they eat only meat. Their diet includes krill (tiny crustaceans), squid and fish. They do all of their hunting in the water. Their prey can be found within 60 feet of the surface, so penguins have no need to swim in deep water.

Penguins are very social birds. Many species feed, swim and nest in groups. During the breeding season, some species form large groups, or “rookeries”, that include thousands of penguins. Each penguin has a distinct call, allowing individuals to find their mate and their chicks even in large groups.

Let's get happy by looking at these outstanding 1x photographs of our feathered friends. 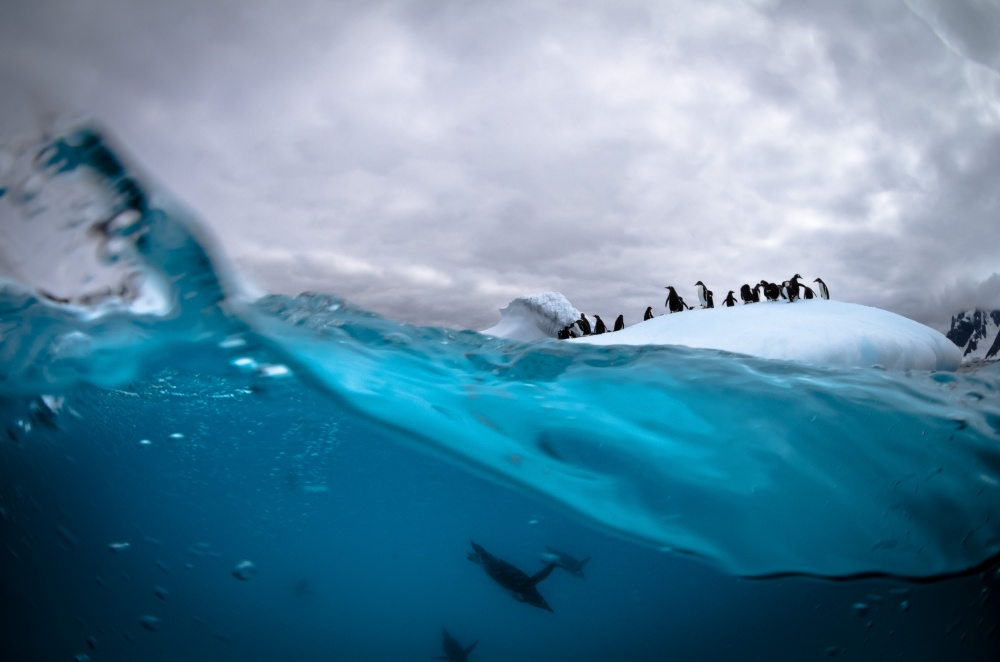 "Blue and gray" by Justin Hofman 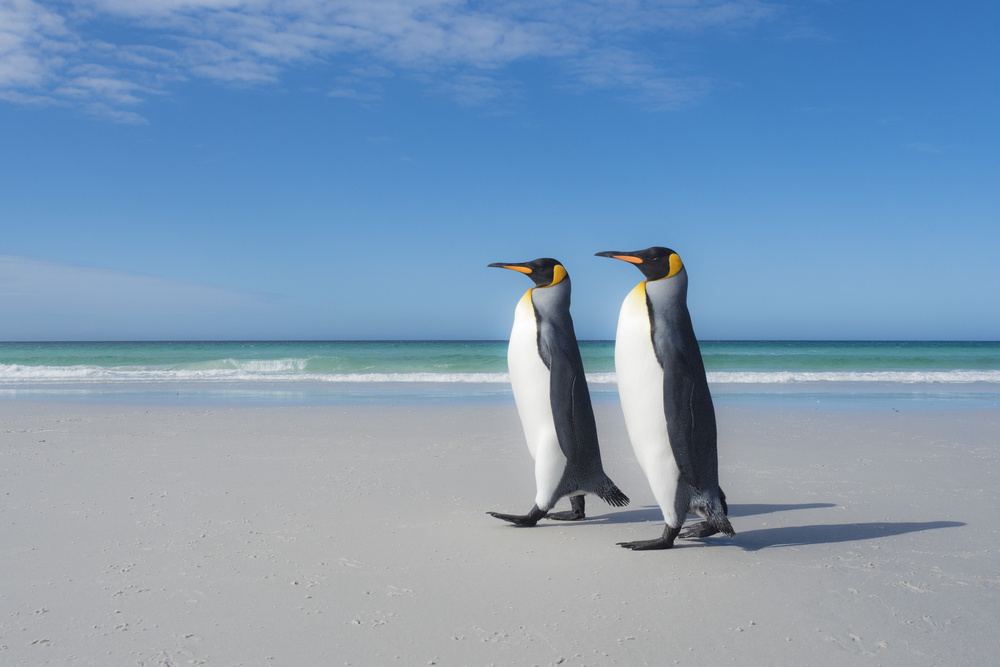 "Going for a stroll" by Dennis Binda "At the edge of the world" by Sergey Kokinsky 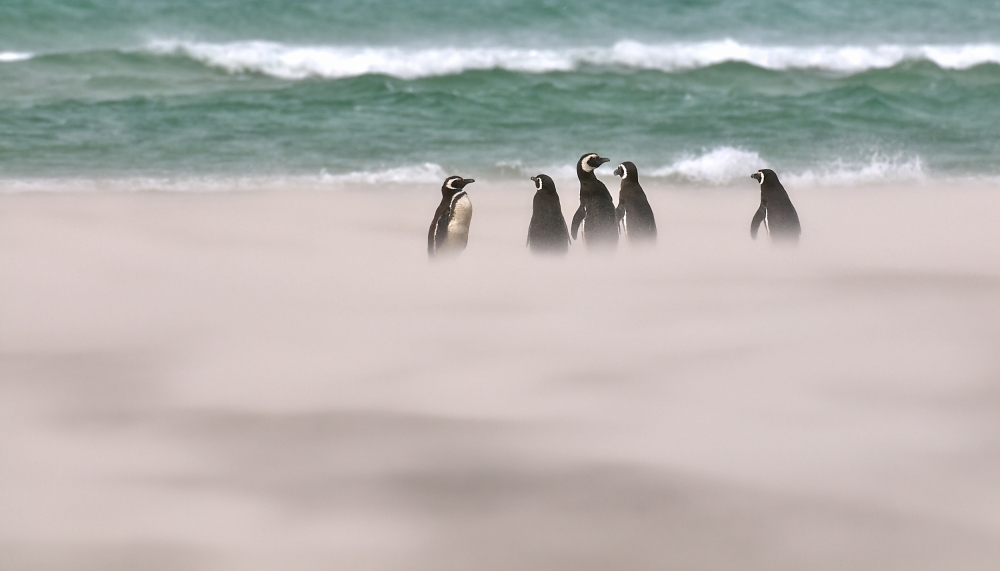 "There, behind the clouds..." by Sergey Kokinsky 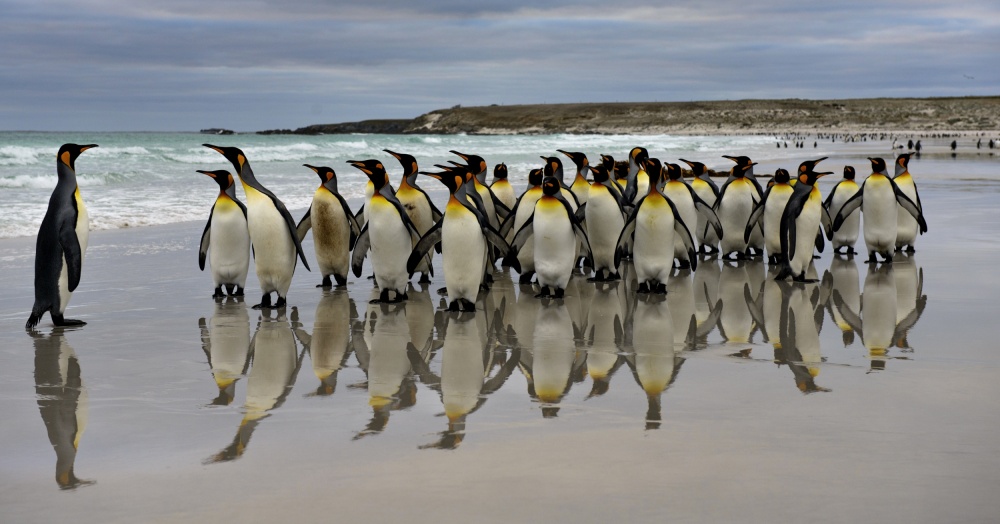 "Kings on the Beach" by Mark Roberts "Life is good" by Sergey Kokinsky 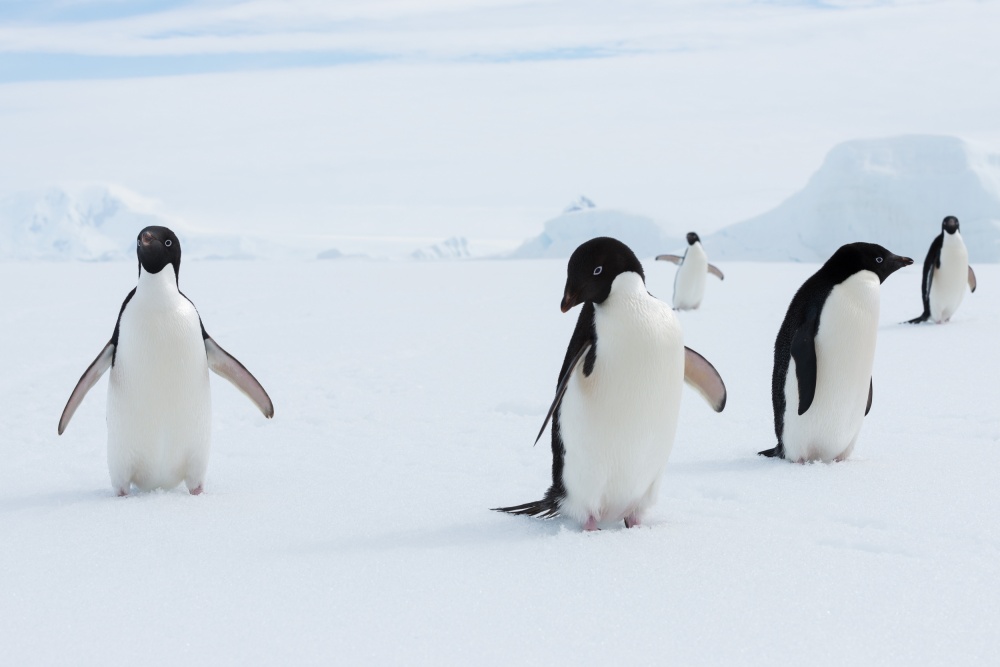 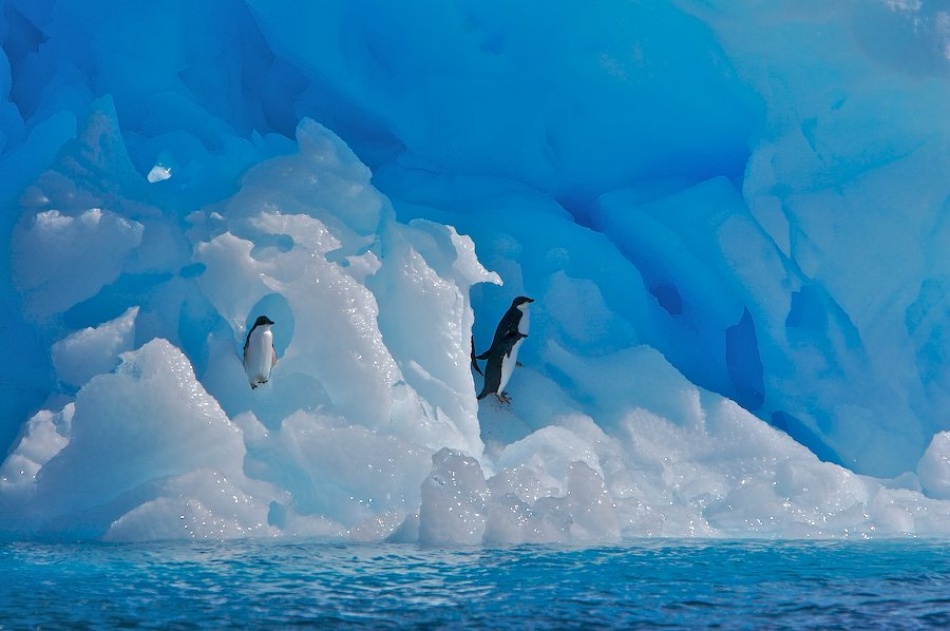 "Penguins on Ice" by Stefan Lindén "Have time before New Year!" by Sergey Kokinsky 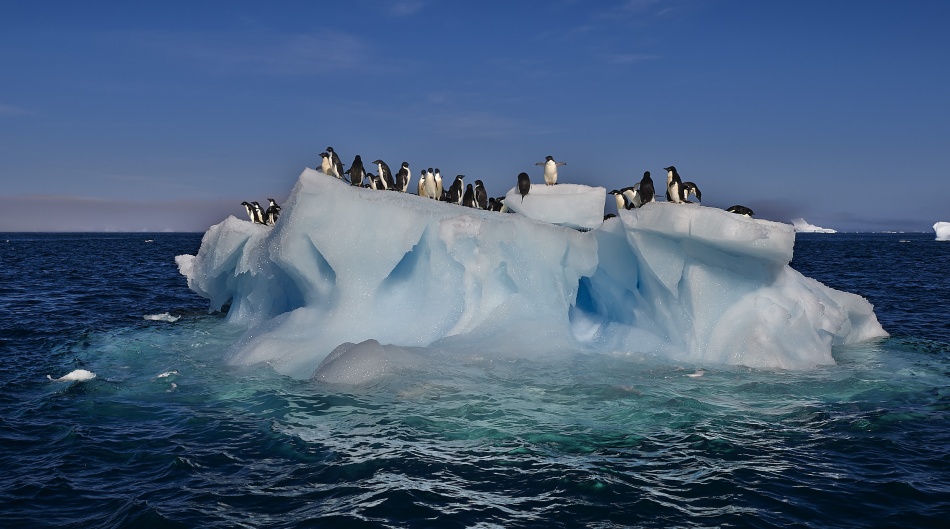 "Not another cruise ship!" by Michael Webb

"The fog recedes" by Sergey Kokinsky