At some point in your life you decide to make your dream come true and take that cycling trip you had thought about for a long time.

Once you decide on the itinerary you consider what equipment to take, how to keep it dry and how to fit it in your bags. Do you have suitable clothes if the weather turns cold or wet? Think again before packing too much; it’s hard to get rid of once you’ve got it in your bags.

Southern Europe is not flat like the Netherlands so all that luggage will have to be carried up and down hills, mountains and more mountains. In hot weather, which will require even more energy.

Being the photographer the next important question is: which photo equipment will I take? I had decided to go strictly analogue with the exception of my smartphone. I wanted to experiment with my smartphone to see if the photos would come out as good as with a digital camera. And I liked it as a backup just in case the analogue photos would not be up to standard due to climate restrictions, like extreme heat on the rolls of film, the bumps in the road taking its toll on the camera etc.  Lots of decisions to make and things to consider. 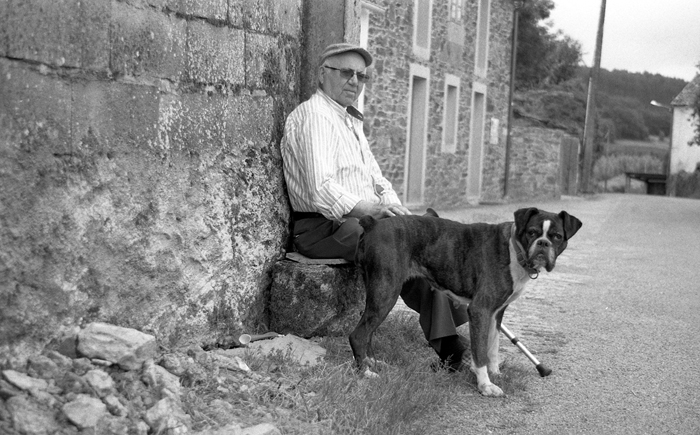 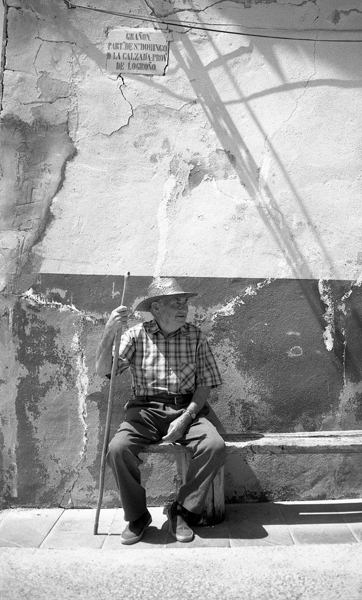 In my case it all became even more adventurous. I bought a simple Minolta for €20 online and tested it with only one roll of film. Someone gave me another but similar Minolta, which was lying in his attic. This one I also tested with just one roll of film. I also had an old Nikon lying around which was also put in my bag “just to be sure”. 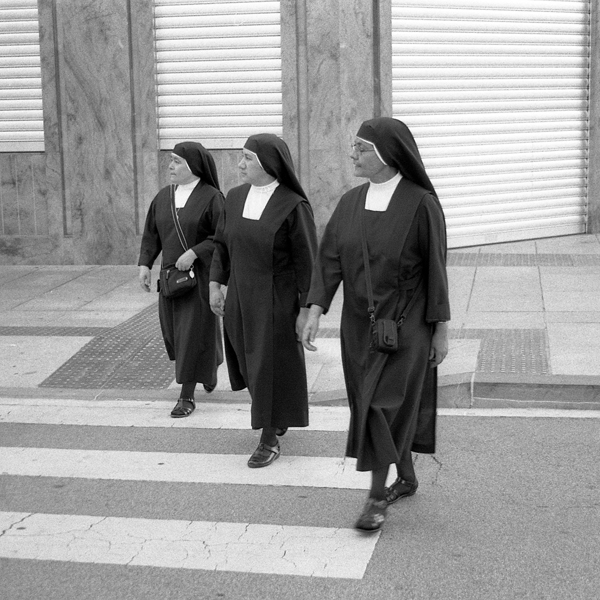 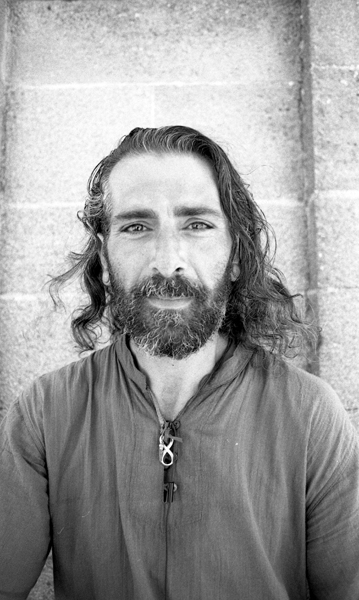 Only after developing all rolls of film could I see the results. And the negatives turned out OK! I had been a bit wary about the old camera’s I had taken along, afraid that the seals might not have been totally intact which would permit light to seep through. Or that the seals would open because of the heat but none of these potential problems ocurred. One of the Minolta’s stopped functioning one day but after having cleaned the contacts it was working again and continued to perform for the rest of the trip. 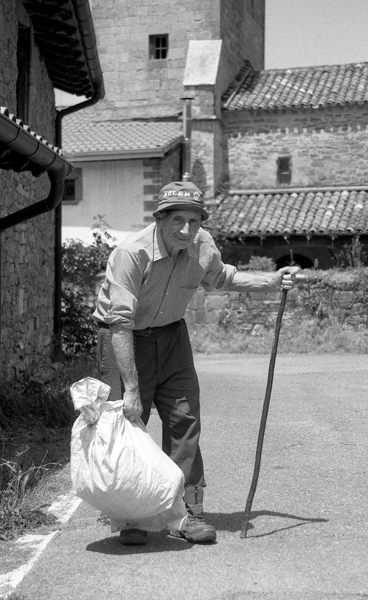 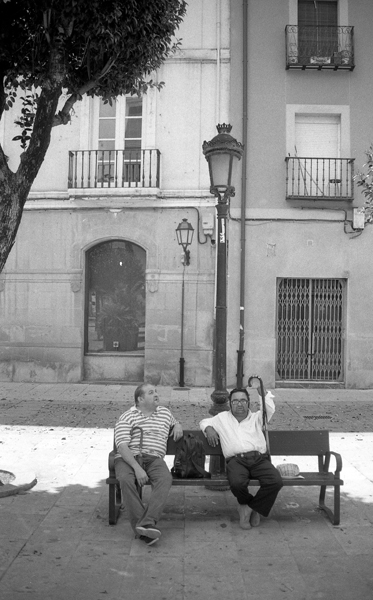 Did I exaggerate by taking 3 camera’s? Yes, I think so. They did weigh quite a bit but I just wanted to make sure I would always have a working camera on hand. My smartphone did give me a certain degree of security. On any future biking trips I will take only one camera which I will have taken in to a shop to have everything checked thoroughly before leaving. I feel that one (well functioning and serviced) analogue camera plus my smartphone would probably be enough. And my bags would be a lot lighter! 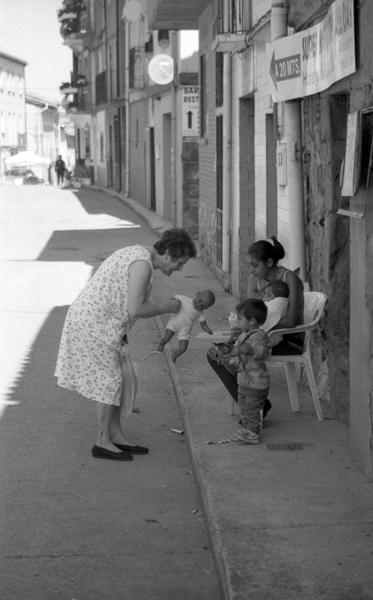 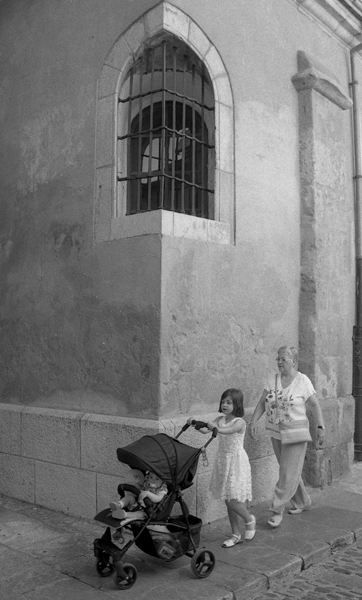 It is fun to experiment with the camera on your smartphone and I was pleasantly surprised by the quality when I saw them on my computer afterwards. The camera has to be of a good quality of course.  Taking my analogue photos combined with the certainty of the smartphone photos proved an excellent combination.

Before you pack your camera gear in your bags check:

- Are you going digital or analogue?
- Or a combination of the two?
- How many rolls of film are you taking and how are you packing them?
- Have you taken enough batteries?
- Are you sure you’re not packing too much weight?
- Which analogue or digital camera will I take?
- Am I taking only one camera and will I have it serviced before leaving?

Or are you not taking any camera and just enjoy the trip? For many of us no option…. 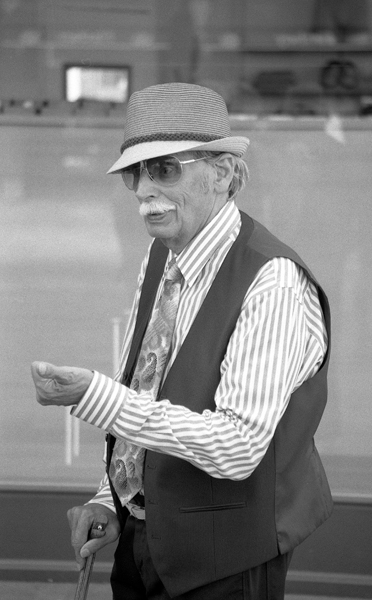 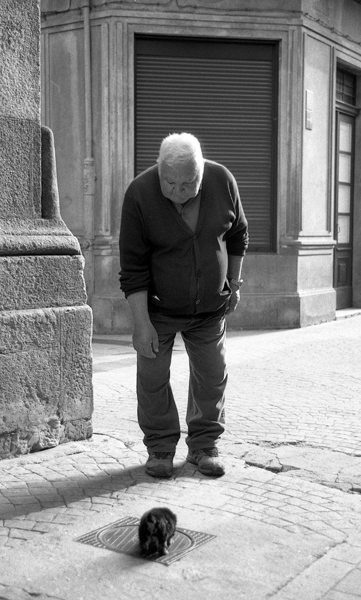 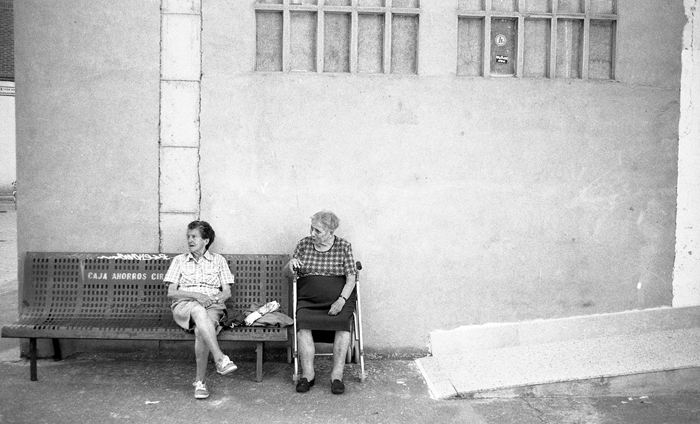 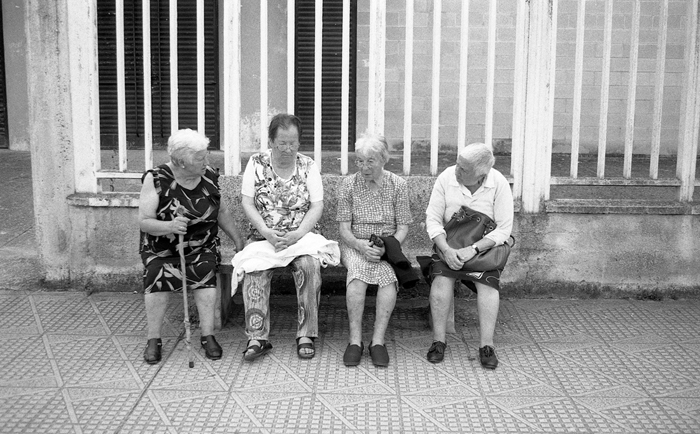 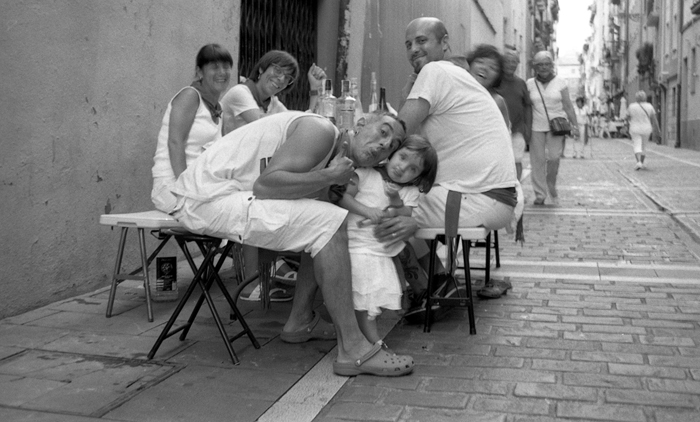 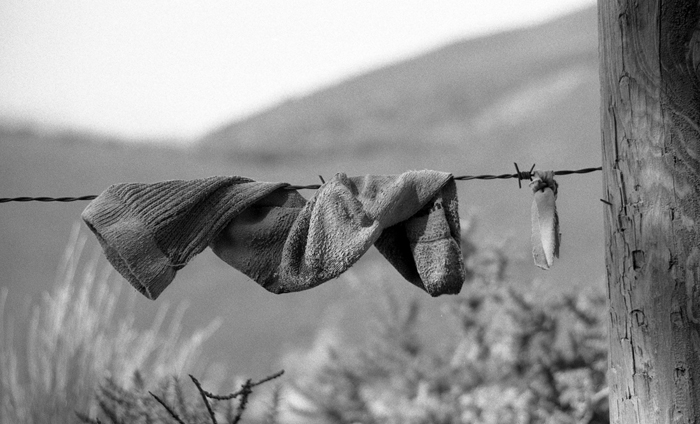