Today we will venture into a world very close to our own, but still very different. Indonesian photographer Fauzan Maududdin tells us how he created his beautiful macro photograph of a praying mantis in silouette. 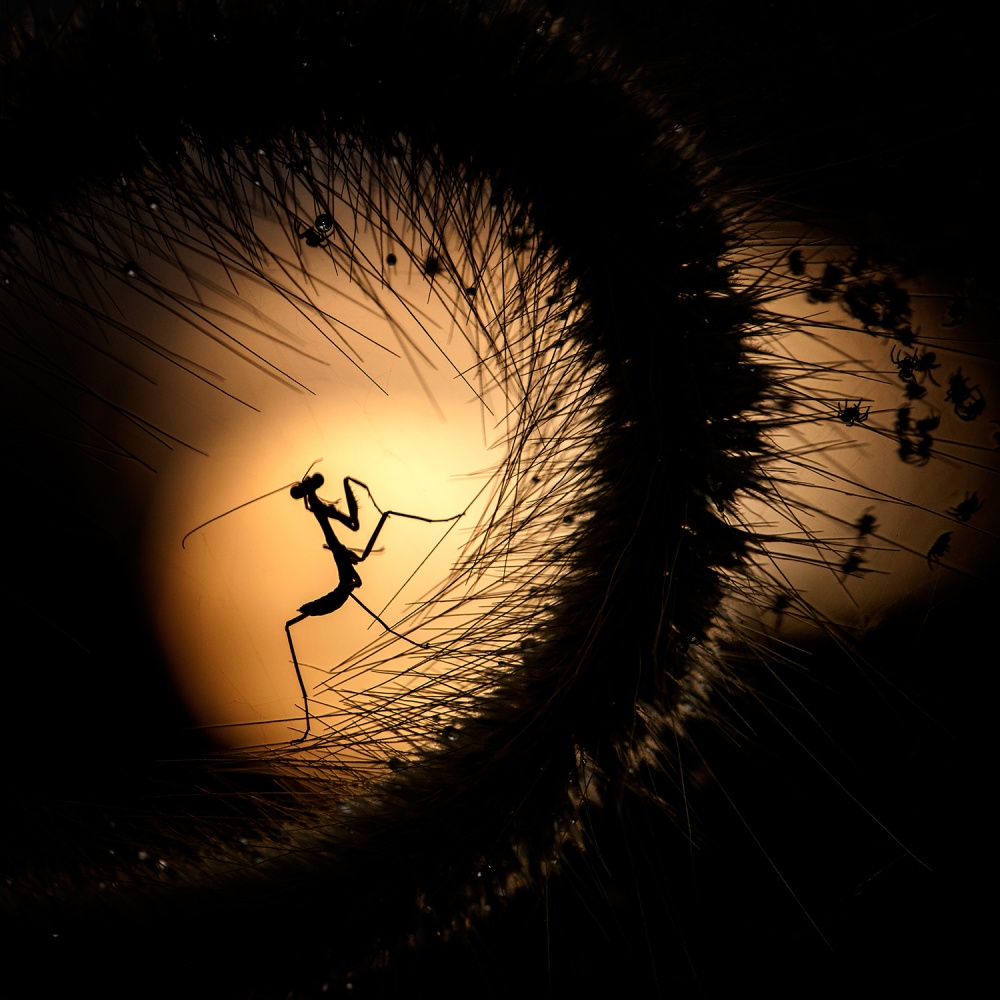 I really love the praying mantis. This insect is very special because it has a magical and mystical aura about it. A lot of the macro photos I have seen has the praying mantis as its main focal point, but it is rare to see it in silhouette. I have always dreamt about how awesome it would be if I could get a praying mantis silhouette photograph.

Praying mantis is sometimes hard to find, especially in urban areas. I decided to explore some fields in my home city of Banjarmasin that has shrubs and bushes growing in them. After looking long and hard, I eventually found a suitable place to set up a macro photo opportunity in the outer city area of Banjarbaru. I saw so many insects that had recently hatched, including the praying mantis.

I left in the afternoon with some of my friends to do a macro photo shoot. This is great as we can share and learn lots of new things. After having some lunch, we arrived at the site at around 4:30 PM. I remember my friend saying that if you want to have a good macro shot, you’ve got to eat first, so that your hand will not be trembling or shaking.

After having taken out my camera and all the equipment, I started to look for the newly hatched praying mantis in the area. I found so many of them. My friends also had a great time. However, my intention was to have a silhouette photo, so I waited until the sun was shining directly in front of me.

At around 5:30 pm I found a nest of tiny spiders near a praying mantis. I set my camera in manual mode and decided to set the White Balance at 5500 Kelvin. I put myself in position for a backlit shot. Because I wanted a silhouette I set the camera metering to underexposure.

This angle is not easy because I wanted to have both the praying mantis and the spiders in view. There were over a thousands spiders, but I was not able to include all of them in the frame.

I pressed the shutter around 20-25 times, using different speed and apertures in order to get the best silhouette photo that I wanted.

In post processing, I used Photoshop CS6. I am not a good Photoshop user really.

1)    I cropped the photo to a square format as I thought that it would be better to enhance the composition.

2)   After cropping, I increased levels using the preset Increase Contrast 2.

3)   For the finishing touch, I used NIK COLOR plug in. Filtered with Darken/Lighten Center. I found setting
the center for the light, to work best.

That’s it, probably one of the most brief edits ever. But, in my opinion, silhouette photography does not need long and complicated post-processing anyway.

- In order to make proper macro silhouettes, you should look out for specific form, pattern and texture.

- Position your camera directly into the sun. Use manual focus, as it is difficult for the auto focus to get the
focusing right because the light is too bright.

- Never assume that a great photo must go through a complicated post processing method. The best way
is to get the shot as near as perfect in the camera.

Fauzan Maududdin is a civil servant working for the indonesian government. He lives in Banjarmasin, which is the capital of South Borneo, Indonesia. He started to use a DSLR camera around three years ago. He learned a lot by having photo shoots and discussing problems with friends. He specializes in landscape- and macro photography. Occasianally he also does fashion photography to fund his hobby.